So here I am on a cold Tuesday morning (Oracle says 60º) in bed.  I've already drank my coffee, and had a really hot shower.  Now I'm back in bed to see if I can repeat yesterday's 'lounge all day in bed and watch The Tudors seasons 1 and 2. Why am I in bed you ask?  Well, first because it's Bahrain's National Day celebrations, which means it's an official 2-day holiday.  Second, well, there seems to be many demonstrations around the island so it's a good time to catch up on... well, The Tudors seasons 1 & 2...

I've hit my 3.5 month mark here in my host island nation and I've decided that I'm pretty content.  Work is going well- busy but accomplishing a lot.  Shaika Spot Nohealani is growing up fast and becoming a fierce warrior princess kitty kat. There is plenty to do on this island to keep one's interest- perhaps more even than back home in Hawaii... I'm talking about places to go/things to do on a cultural level in a social setting in a sorta-urban environment... I don't know if I'm explaining myself properly here so I'll break it down for you all:  I now need to refer to my iCal to see what it is I am doing on a daily basis... I've never needed to do this before- in terms of really needing to remember my social engagements... Strange...

Upcoming said social engagements include: Morocco (next week) and Turkey/Greece (next month) so these please me greatly! Now, if only I can dedicate some time in my busy schedule today to make my PowerPoint for my upcoming ELF mini-conference next week, right before the MATE conference...

Speaking of the holidays, Christmas Eve/Day, I'm hanging with the Fulbright crew and other kindred spirits.  I believe we have narrowed it down to a homemade dinner on Christmas Eve and other merriment & debauchery (not too debauchery as I have to work Christmas Day). I'm thinking 'debauchery' = board games with some adult beverages). On Christmas Day we're gathering and breaking bread again- this time in public downtown in Adliya at some hip and trendy restaurant that is known for packing a lot of meat on their menu.  Then we're headed to... THE MALL... Heh heh, no worries folks.  It's only to hit up the movies and watch the new Christmas movie that is out right now. Then I'm off to Morocco on my sleigh ride through the night sky!

I'm at a loss for words so I'll just post pictures of what I've been up to in the recent past.  Enjoy and Happy Holidaze to you all! 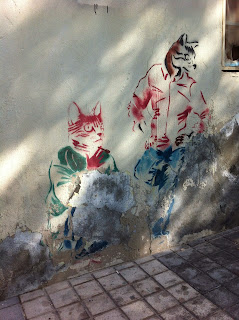 Posted by Maui Hollyday at 9:48 PM No comments: Links to this post 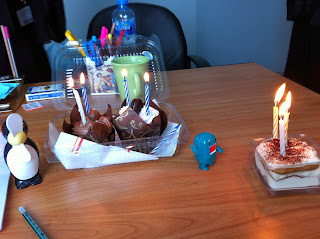 It's been a while since I've donned my blogging cap. There is much to tell.  I'll first say that things are going swimmingly.  Life is rolling along and I'm in the groove.  I am in that 'reflective' mood as I've just had another revolution around the sun.  My students surprised me with loads of sugary delights. The Fulbrighters surprised me with more sugary treats- but with the addition of alcohol- and a rousing game of Apples to Apples.  It's funny how when I play A-T-A here, I never get any green cards as no one seems to really get my sense of humor over here :) I mentioned this and we all just cracked up.  F was the winner of the evening.  That is one sly, smooth game operator.  She just sits quietly plotting the entire time, just listening to us and playing her cool, calm & collective thang and then all-of-the-sudden BAM! She swoops up another coveted green card... She'd be a great poker player...

Another milestone passed certainly has to be the addition of Miss Shaika Spot Makalolo Nohealani Al Dilmun i ke kai `o Hawai`i Nei.  Yes folks, I have a new girl-kitten.  Starlight had planned it all out... She knew I was going to take her all along :) She lured me over to her bat-girl cave and enticed me with viewing all the homeless kitties that she takes in. Shaika Spot immediately had a certain curiosity about me, and the feeling was likewise. So... I'm officially a family at this point here in my host island nation.

Here are some pictures so you can see the evolution of me turning into 'crazy cat woman' yet again.  It was certainly hard accepting that Kolohe Kitty Kat (aka Jacky Love) had passed onto kitty heaven and he would no longer be my faithful companion- as well as the editor-in-chief of corrections of this blog.  I'll train Shaika Spot for that position and then you all can make official grammatical complaints to her... 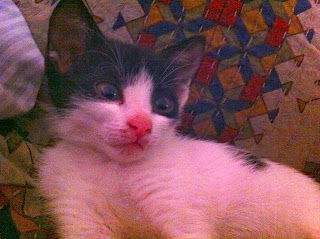 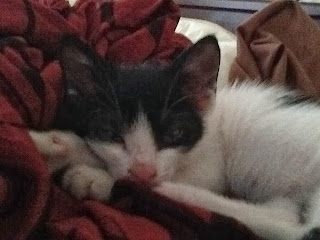 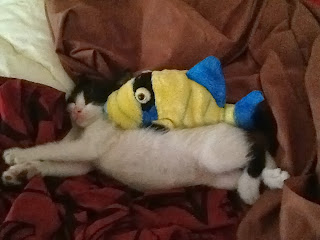 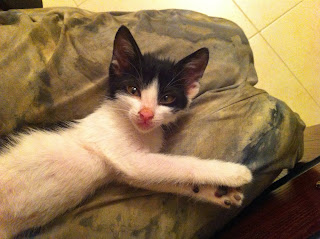 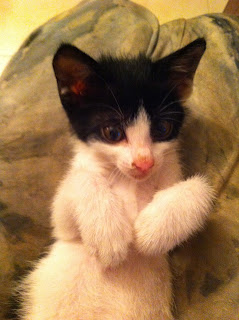 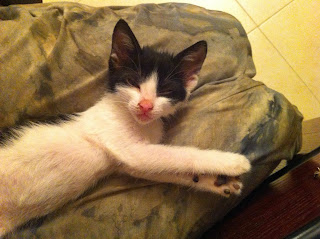 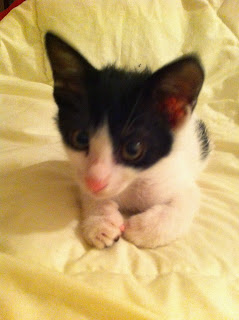 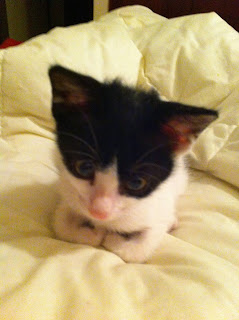 In other riveting news... upcoming travel adventures are on the horizon- tickets already purchased.  Some involve official work duties (Morocco), and others are sheer pleasure (Turkey).  I'll be in Morocco for a week I'm happy to report.  It's been since 2001 since I was last there.  Turkey, of course, is my love that doesn't seem to ever die off... even with a nutcase running the country.

It seems that my days and evenings are filled with interesting things to do.  There is always some lecture to attend or function.  One day last weekend was just boom-boom-boom from one place to another.  As most of you know, I tend to not operate efficiently at this pace.  I enjoy the 'lounging approach' to life in general.  I like to lounge at the beach most especially with nothing on the agenda but relaxation.

I've also been digging around into the past here.  I volunteer at the A`ali Royal Burial Mounds with the Danish archaeological crew and the Bahrain School high school kids.  It's so interesting to see different approaches to archaeology.  It's like learning how to ride a bicycle again almost- in terms of learning, and understanding, about different stratigraphy, different cultural habits and how that applied to what is left in the archaeological record, etc.  You have a certain background knowledge, but then it expands into WOW!

What is so interesting here is that, first, that there are so many burial mounds.  Then that they are so large- the royal ones anyway.  There was not a tradition of a 'family mound' in that each time a family member passes, they go to their mound and re-open it and in goes the latest burial- which, of course, displaces the previous one generally.  So, this is a happy addition to weekend life.  I believe there is only this weekend remaining and then the crew returns to Denmark. Not to fear though as another, French, crew is coming within the month to start excavations at the Tree of Life in the Central Governate.

Work is going well- as usual.  Just a steady busy.  I am really getting to understand my students and see their individual personalities.  I love this point.  I start to see them as individuals and their individual goals start becoming apparent.  They really are good students.  The semester is nearing the end so it's coming into 'crunch time' with not enough classroom hours left.  It all works out in the end though.

On an ending note, The Good Omen... This is a short film directed by an up-&-coming Bahraini director, Mohammad Buali. I attended this lecture (link below) at the French Cultural Institute (which just happens to be 3 minutes away from my apartment)! I highly suggest you watch his film (YouTube link below).

I feel like Bahrain is The Good Omen for where my life is at right now, and where I'm heading!


Posted by Maui Hollyday at 6:54 PM No comments: Links to this post