My favorite thing to do in bed early Saturday mornings as of late is to write... My sport-du-jour of sorts. A friend recently used the term 'perambulations' in correspondence. I've been trying to determine if it is in fact a credible word. I haven't been able to absolutely confirm this, but in doing so I have coined a new phrase: pen-ambulations: while writing while 'walking' down memory lane. It's my word (I think). I give him half the credit for my hybridizing though.
This sunny morning (the first in a week), I'm pen-ambulating about Tunis one year ago. Exactly one year ago today I woke up in Sam, Kirsten & Faeez's flat downtown behind Avenue Bourghiba. It was the aftermath of a very bizarre previous day that took me away from work to scurry home to procure food and drink for what was expected to be an intense day of violence. Who knew at the time that the focus would be in my beloved neighborhood of Lafayette.
Stephen was home sick that fateful day. I traipsed over to his flat explaining to him the quickly developing news. We downed some shots of flu medications & other goodies to abate our winter blues and headed out onto the street equipped with cameras and an intense desire to witness the developments- along with the majority of our neighborhood.
We soon found ourselves in the midst of  full-blown KAOS and became caught up in the tensions. Everything was happening so quickly, yet I felt I was part of a slow-moving frame-by-frame picture show. As the afternoon was passing with waves of violence, tear gas, rock-throwing, mindless chatting with strangers, intense chatting with strangers, and bouts of running, it finally hit me of the seriousness of the situation. What hit Steven, though, was a bullet...
Hours later, in what seemed like a bad experience with mushrooms, I was leaving the hospital with Stephen (heavily sedated and minus one bullet), Cyrus, and Djamel determined to get past all the roadblocks and police caravans (it was past curfew) so a safe haven.
The security police, aka 'bad guys', stopped the private ambulance that Dja was finally able to find us and there were some moments of sheer terror. I didn't have any ID on me, Stephen's morphine was wearing off (we could not fill any prescriptions as the city was shut down and he had 3 gaping holes in his upper thigh), and I was hiding a HUGE camera full of incriminating photographs. The paramedic in the back with us was noticeably freaked out & she was sweating. Dja and the ambulance driver were suddenly outside the ambulance talking to the police.
Minutes seemed like hours. Somehow we were able to continue. My whole world in Tunis was already alerted to our statuses and my head continued to spin as if now the bad mushroom experience was heightened from sips of absinthe. My phone had not stop ringing for hours with concerned people, as well as people who only feigned interest in our health (I'm thinking here of the Embassy & admin at work).
So it was a long evening. We did have fleeting moments of laughter, I remember. It was a collective consciousness, and those rare moments of a 'good mushroom trip' made infrequent appearances. I remember seeing, through the haze of constant cigarette smoke, food appear, a whisky bottle appear, a coveted laptop or two appear, and some game on the floor that we were mildly interested in so as to desperately distract us from our thoughts past, present and future...
That's all about, these pen-ambulations, as I've written much about these events. This is all I need to document in my pen-ambulations to realize I am fortunate. I have this experience that I continue to process, as well as return back to whenever I think I'm having a bad day. I don't really have bad days anymore, comparatively.
More pressing matters in the present: are 'perambulations' and 'pen-ambulations' in fact legal words in English lexicon? Maybe they are just two words that two soul searchers made up in order to communicate. Maybe it just doesn't matter, and what really matters is that our lexical choices are understood. That's what's funny about languages and communicating. This is what compels me to continue to pen-ambulate.
Posted by Maui Hollyday at 8:58 PM No comments: 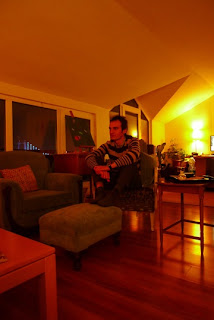 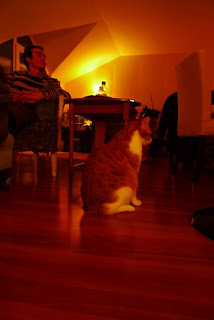 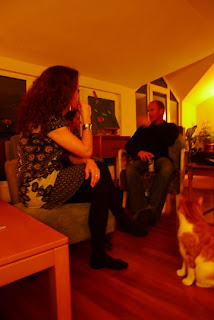 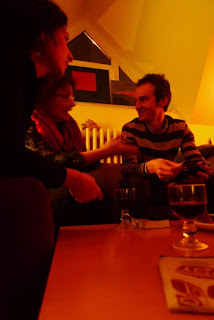 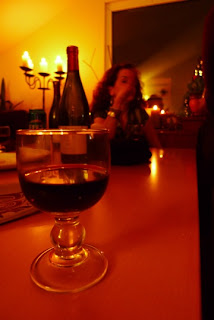 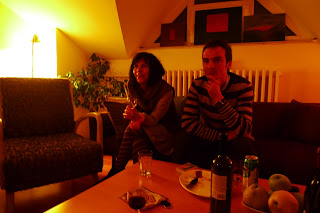 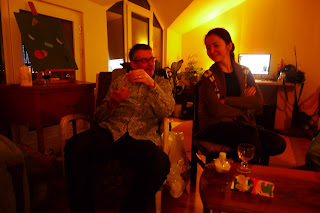 Posted by Maui Hollyday at 9:53 AM No comments: 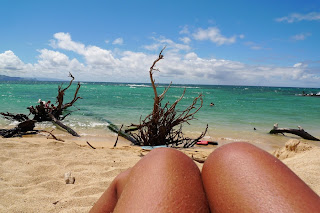 Not a New Year's resolution kinda gal, as I strive to develop myself, my strength, my stamina, my compassion all days, all ways. I always want to find time to read more books, to practice more yoga, to let go of judgments, to save more money, to write more, etc. If anything, new moons are more monumental for me than new years...

Last year at this time I found myself returning home to Tunisia after spending the Hollydaze in Istanbul. I walked straight into a Jasmine Revolution and kaos in my neighborhood. I walked the streets of Lafayette with my partner-in-crime Stephen (thicker than thieves us) on January 13th in the early afternoon. Hours later I found myself thrown into the back of an unknown van with Cyrus & Stephen racing to the hospital with Stephen lying nearly unconscious from a gunshot wound in his upper thigh. I found myself in those moments wondering if I was going to die as our drivers headed straight into the shooting arena.

That evening I found myself at various friends flats as our neighborhood was off limits. We were all huddled around Stephen. His morphine was wearing off, and he had no other pain medications as no pharmacies were open. Eventually I found myself at Faeez, Sam & Kirsten's flat eating supper on the carpet in their living room & smoking cigarettes & drinking what little alcohol that could be scavenged up.

The next morning I found myself up early racing uneasily through the streets downtown back to Claire & Dja's flat, where Stephen was. Dja left early to try to find a pharmacy to get Stephen's prescriptions filled. More uneasiness, more cigarettes. We decided it best to chance getting outta the city & to Menzah suburbs at David's flat. Ehsan, her bf, & Liz pulled up in a car later & we painstakingly got Stephen into the car & set about our task.

David's place seemed a refuge in comparison to the war-like scene we had just come from downtown. I felt safe. Stephen had his meds, and Adrienne & Sarah were also taking refuge there. That afternoon my security was shattered when the looting started at the Monoprix Supermarket in front of David's place. For about 15 minutes we were all seized with sheer terror as we saw masked men with broken lead pipes & tire irons shattering the storefront windows below us, not knowing if they would reach the 4th floor of the flat or not. I had visions of the building on fire. I had visions of Stephen lying immobile on the couch helpless to what was going on. I had visions that I needed to stay strong for him & the group, & for myself.

The uneasy day passed into an uncomfortable night as we prepared dinner, all in somber moods with fleeting moments of joy to be alive. The next few weeks were like a drug-induced haze with Stephen & I returning to Lafayette, and setting up HQ at my flat. It almost felt like a festive atmosphere & nightly gatherings of friends at my place making huge vats of spaghetti, etc. During the daylight, with a few hours of curfew lifted, we would meet up in the hood at various cafes & drink coffee & smoke cigarettes and talk about the previous evenings events, before having to scurry off and buy food & alcohol before curfew set in for the day.

I had various house guests as well that would visit. First, there was the doctor that had to make his way to the hood daily to address Stephen's wounds. Avril, Houssem, Claire & Dja, Karim (yum!), the 2 neighborhood kids that would bring Stephen shisha every day, Annour, the chicken restaurant owner that took a liking to us, Cyrus, etc. Some of those moments will remain the happiest of times I honestly think.

It is nearly the one year anniversary of these events. I have a lot to be thankful for. Stephen is fine, and moving to G-tep! My wonderful friends in Tunis are all fine and I feel like I always have a home to return to in Tunis as I was able to share such an intense experience with it's denizens there. My friends & family elsewhere are all fine. I have a job. I get to travel. The list goes on.

So, its not about a new year, but rather a continuous timeline of experiences & achievements that make me thirst to continue to develop myself & make connections.

Posted by Maui Hollyday at 1:29 PM No comments: