Putting a new spring in my mix- ROAR 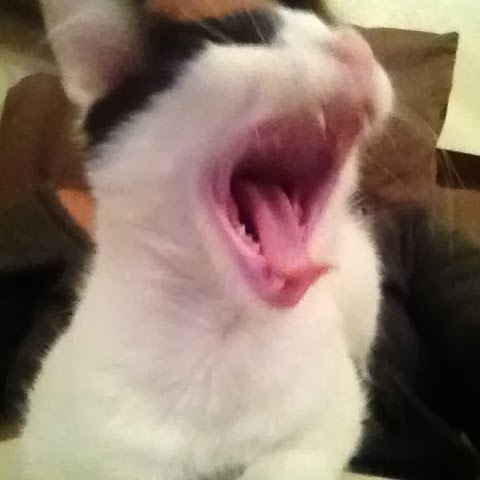 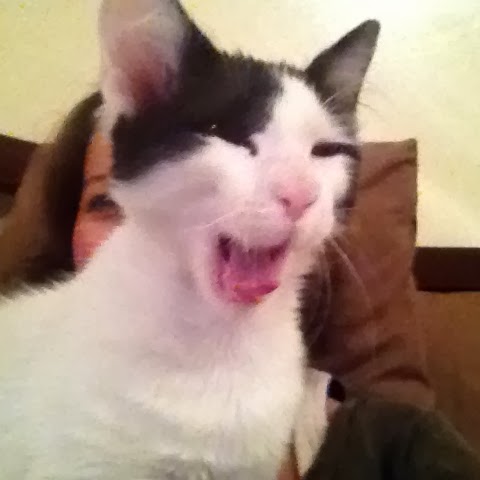 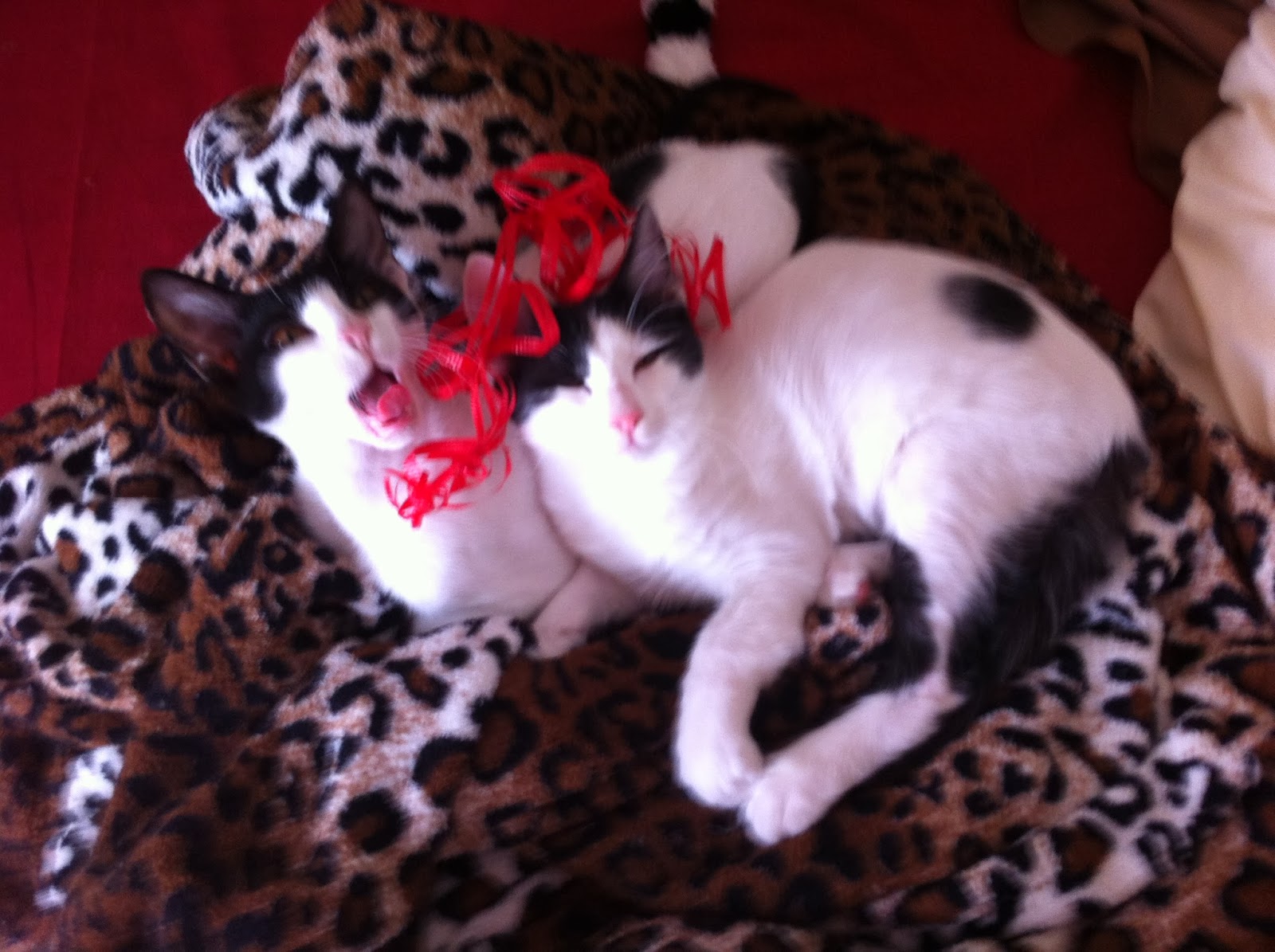 It's been a while since my last post, and it is a glorious morning in bed with coffee and kitty kats so... here we go.  Time to play catch-up.  On the subject of coffee though, I finally ran out of my coveted Anthony's Maui Coffee... That was a good 5-month run.  Now I am forced to return back to Starbuck's.  At least I can purchase it at the NEX here at the same price as US$.

So, the French Roast isn't bad at all actually.  I've finally figured out how to deal with French Roast coffee.  You just don't need as much as usual for your french press or drip thingy, etc.  Only in the last week have I figured this out.  Paired with some almond/pralene/hazelnut milk and some coconut sugar... it's pretty darn tasty in my book.  Perhaps this has inspired me to post.

Or perhaps it's because I've learned a few things this past week about running here in the desert as well that I feel like sharing.  These things range from podcasts used to run; sports headphones; and how to run in the desert.  The last is important enough because it's heating up here.  It was a blissful 4 months of running here.  Sometimes I even had to wear longsleeves.  Only 2 weeks ago I donned my beanie as well for a late afternoon run... Gasp, right? Well, that was short-lived for sure.  I'm back to my baseball caps.

So first, podcasts.  I've done some research a fair bit on this.  I'm not usually a runner that carries an iPod.  It's just not my style- or wasn't.  I can't even remember now what I used to do when not listening to music!  Did I just listen to my breathing?  Perhaps I counted trees, or light posts, or some landmark where I decided I could run to and then stop.  I don't know.  What I do know is that my typical run is right next to my apartment at the A`ali Running Track. Yes, it is brick I know, but apparently my knees are used to it now so... Anyway, running around a (1 kilometer) track can be dull for sure so I suppose this is how I took up running with music.

Even in SE Turkey I ran on a (clay or some other softer type of material) track, but I wasn't ready to accept running with music. I think the real determining factor was running on the treadmill (dreadmill) at the gym.  This is a new addition to my life as sometimes it is so hot outside that you can't run out in the heat.  I'm too much of a wimp to really devote my pre-dawn time to getting out of my cozy bed to go for a run.  Perhaps that might change in the coming months when it gets unbearable again outside.

I have tried before I recall, but there was always the problem of ear buds falling out and then you have to run and mess with that shit. This, of course, messes up breathing (at last mine), and so back went my iPod into hibernation yet again.  Another issue was what to listen to when running.  I just wasn't up to speed on any of it.  But now...

Two weeks ago I was at the NEX (Navy Exchange, where I have privileges to shop). This comes in handy for all sorts of things; US magazines (Vanity Fair, National Geographic, Women's Running) that won't set you back a load of money because it's all in US$ normal prices; sports shoes that also are priced the same.  As well, you get the bonus of knowing that they are not knock-offs- which many are here in the region.  This was more of a problem in Turkey I suppose.  But no matter, if you buy western running shoes, etc, they are going to be hugely expensive if they are the real deal.  Even the beloved Converse can be acquired for a mere $40, as opposed to $120 in Turkey...

But I digress... The point being that it is so convenient to stop on base as things are cheap.  Since I don't make money in the local Bahraini Dinar, this makes things even more convenient.  My last useless mention that has nothing to do with the originally intended commentary is that I can also eat at Taco Bell...

So the story continues, I was at NEX and looking at ear buds.  I decided to finally believe in the sports buds that have the wrap-around thingy that goes around your ear with the speaker firmly implanted inside your ear.   The first time I put them in and BAM! Amazing!  I love it when I'm skeptical that something won't work and then I prove myself wrong.  Even the low-tech clip thingy that comes with it so you can clip the wire to your shirt works.  Another concern was always that I had to carry the iPod ( it's not one of those tiny ones) and I thought that would be weird.  Of course I didn't want to purchase an arm band for it for the same reason.  As well, I thought that purchasing all that shit was just being too needy :)

At the same time as this breakthrough, there was also a breakthrough in the running music department as well.  Of course there are all kinds of free podcasts to download for runners with music mixes.  None, that I tried out, seemed to suit me.  Then I discovered Shredz Workout Mix in the iTunes store!  They are all 1 hour mixes and just intuitively seem to know where I'm at in my run.  Workout mix #11 is my favorite right now.  At about 45 minutes, there is a mantra repeated: ENERGY that keeps increasing  in volume and culminates into another high-energy mix.  It is right where it's needed for my run.

This being said, there are so many workout podcasts out there that are tailor made.  One podcast creates mixes for training for a marathon and puts 'gongs' in the song where you stop and walk for a minute, etc.  I mean, they are really tekkie now, which is brilliant.  Another fabulous podcast, that I don't listen to while running because it's not music, is from Ben Greenfield. He's a cool-cat in the sports fitness/nutrition world, as well as an avid Ironman. He has a solid science-based approach to it all and doesn't pull any hoodoo voodoo crap that masses will eat up and get 0 results with.

Those of you that know me know that I always had issues with yoga classes that were too 'hippy-dippy' to put it oddly.  I am a scientist.  I like the geek-speak approach.  Give me 'heart-rate' over 'heart-centered' talk, and you have hooked me.  Don't get me wrong, exercise is a spiritual devotion for me.  In fact, it's the closest thing to this "God-particle" bliss that I have discovered so far.  I've always said that my body is my institute for spiritual enlightening.  My 'church' or place of worship ROCKS!  And as long as it rocks my world, that is just great.

So with all this tekkie stuff I'm using now (don't forget the Timex Run Trainer GPS with heart-rate monitor that I purchased last summer and use devotion-ally, or my minimalist shoes that I switched to), I am like Inspector Gadget when I prepare for my runs.  I've got all this shit to hook up to myself, and it's a fun ritual.  Why is it fun?  Because everything works as it's supposed to.  I mean, I don't go blindly into this stuff.  I did plenty of research in order to obtain all this.

Lastly, and likely most importantly, is how I train now has completely revolutionized my runs here in the desert environment.  I had been struggling for the past 4 months with just getting through 5k runs.  I mean it was just so hot, and my breathing was all wonky, etc.  Concurrently with the tekkie stuff, or a little bit before those additions, I decided to do some research on running in extremely hot environments.  I didn't find much to benefit me, or so I thought, so I decided that I need to switch things up.  My typical run is on the track if I don't want to have to drive somewhere to run.  It's flat. I mean FLAT.  It can be boring like a treadmill, so how to switch up the routine?  SPEED Intervals!

I can't say how much this has improved my overall adaptation to running here, as well as seeing an increase in my casual runs, etc. I feel overall healthier, I can run longer, and I sleep incredibly well now.  I'm up to 10k workouts now.  Here's my latest run recipe:

I'm loving my current mix. Spring is in the air certainly!

Okay, that's all folks
Posted by Maui Hollyday at 7:20 PM No comments: Links to this post