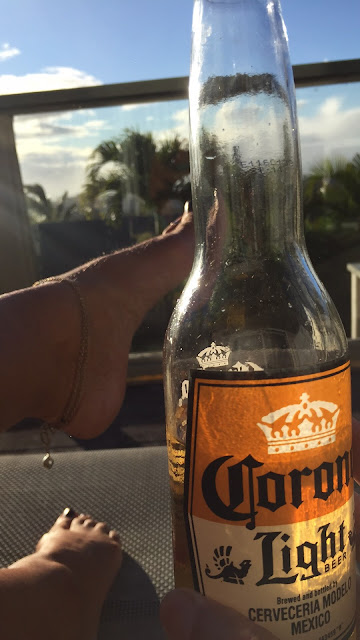 Feeling like I've totally transitioned into a mid-foot striker from a heel-striker!  Upon reflection what was most enjoyable about the process was the process itself; I had a desire to change something, and I did.  Baby steps it took, but results-driven.

This morning's run can only be described as such: familiar, reflective, wonder-filled, scented. The roads yielded 3 huge liliko`i and coffee was awaiting me upon returning to my Maui HQ!

What is so strikingly different is how people come through this moving picture show afoot. Regardless if they are driving, or biking or walking or running, everybody catches each others eyes, nods, waves, or says some nicety ('good morning', 'aloha', etc).

There is a connection.  Not a obligatory or required connection, but a genuine interest is how I would describe it.  Perhaps because the island is, for the most part, rural. People just move at a slower pace in the tropics- certainly on the windward side of Maui :)

As I'm running, I'm aware of everything around me. As I was passing by on Honamu St., I heard a rustling in the tall bushes across the street.  The country roads here are typically lined with (tall) cane grass. When running you can hear the winds coming through the grasses, carrying soothing sounds and scents to enchant me. Fueled by this all the while soaking up the scenery gives me the greatest pleasure. Pastures of gradations of green so vibrant that you see through the hues to see oxygen transfer. Bursts of sunlight struggle to break through forested areas.  When it does, it is surely as magnificent as King Midas's touch.

Pollen floats through the air marching to its own erratic beat unwilling to do so in an orderly fashion. So haphazardly flying towards your entity, its entity passed through your being leaving you ignited with heightened energy and awareness.  You can feel the passing. It reminds me of watching Star Trek when I was a kid and being so fascinated every time the crew stepped inside their clear, tubular space-deck portals. That vision of their bodies inside the clear tube and watching them disappear into nothingness and recombine elsewhere, I loved that. I have always tried to liken that 'feeling' at different times in my life. I'm happy enough to report that I've been successful a few times... more on that sometime- maybe...

There I am, Starship Enterprise, floating (on my Saucony Kinavara 4s), traveling through time as pollen molecules invade my accepting/anticipating body. Ears as finely tuned as Lieutenant Uhura's, I hear the earth's rhythm. Clouds march by as tiny envoys of relief in the battle of sweat vs too much sweat... I am as inquisitive as Mr. Spock; there is logic in nature, indeed. Beam me the f*ck up indeed!

But I digress... the rustling in the bushes... Thinking/envisioning/manifesting in my mind what this sound will be visualized as, I decide on the fly that it's someone trimming the bushes. I stand corrected; sticking its goofy, big, black head over the top of the grasses- I am now staring at a cow lazily grazing or trying to scratch an itch on its nose by brushing up against the grasses. Its eyes wide open 'bug-like' and ears perked, I let out a gleeful sound that only we could hear. It was a moment. That was it.

This is the pace of my Maui, whether I'm at the beach, at Mana Foods, walking, in a store, as the gas station, etc. This is me essentially- making these small connections that are but a moment in time many times, in passing. Are they engaging? Sometimes. Many times that moment simply passes, never to be experienced again. Who really knows. All I know is that every step here on this aina, this sacred land, has meaning for me- no matter how lasting. Just being here is familiarity, comfort, knowledge, growth, intuition. I am of this land I truly believe.  I belong here. This aina has grown up along with me in a sense. We have experience for a time in life together on this Planet Earth timeline. We both move forward, yet share collective experiences, helping to create more on our divergent paths.


Posted by Maui Hollyday at 10:47 AM No comments: Links to this post


Posted by Maui Hollyday at 9:26 AM No comments: Links to this post 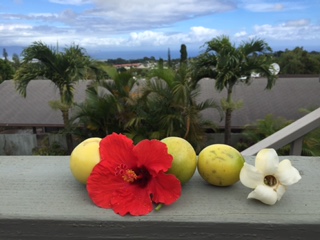 Run Holly Run S25E2, aka; 'Here comes the rain again, raining down on me while in motion...'

Yep folks that's right; twenty-five years of running on Maui! Without a doubt my legs have taken me on a fantastic voyage throughout these hills, valleys, beaches, dirt roads, concrete jungle, etc.

Running wasn't on the agenda this morning. Somewhere in my sleep state I heard the roosters calling- essentially waking me up. Slowly waking up, I turned over to my partner lying next to me; my Mac Book Air told me it was 8am. Feeling the previous day's run working its magic upon my hamstrings and shins I assessed the situation. The results came in; 'let's do this shit'. BAM. Shower. Out the door and on the road.

Feeling grounded from the start, I made my way up Olinda Road. 'Slow and steady wins the race' my mantra. For lack of time management planning I decided to just take the same route as yesterday.  Better to gauge my progress as compared to yesterday. Feeling my body exhaustion from yesterday and the concentration on improving/increasing my cadence, I knew I would be taking it easier today.  I did just that- with gracious acceptance.

Knowing that, I found myself absorbed in these incredible sensations. Suddenly the sweet grasses lining both sides of the path were overwhelming me, knocking me into a counter-consciousness. This counter-consciousness is how I like to operate within. Rotting Guavas littered fence lines. I snapped into search mode; my mission now turning to finishing my run while carrying as many liliko`i (passion fruit) as I could manage.

Honamu road to Kealaloa Road to Makawao Avenue to Miner Place I'm working for my reward! My bounty was small in quantity yet large in quality. I'm feeling grateful, as always for what Mother Maui provides for me and my tribe.

Now lying on the deck with a good friend simply shooting the shit while drinking morning coffee, I think about the day ahead. Palm trees are swaying. The breeze interrupting the constant rooster crowing, news of the island rhythms transfers to me. I'm open to it. Give me the knowledge. Show me the way back to this life that for whatever reasons I leave. No matter, the trade winds always bring me back. I am grateful. Moloka`i Island is off in the distance, sheltered by a cloud cover extending off its eastern shore. Proud and stoic Moloka`i. The surf down Paia looks decent from up here.

Yea, all better. The film that has been covering me from my past 11 months in Turkey is slowly receding, giving way to that that magical Maui slime that I'm addicted to. Sun-kissed, I give in to this magical day...

Peace
Posted by Maui Hollyday at 11:35 AM No comments: Links to this post