May The 4th Be With You

Spring Fever in full blossom here in the +964. Birds chirping, a fresh vibe envelops the atmosphere. Last night saw some heavy rain following a spectacular sheet lightning show through the clouds and buildings.

We were enjoying a bottle of Lebanese red out on the lanai when the sky violently tore open and cut loose. A mad dash inside, we scrambled to pick up our scattered accoutrements on the ground and take the party inside. From the comfort of the living room we droned on about life, love and the pursuit of happiness- as we do.

The weekend has arrived! I've settled into a comfortable routine here in my 4th month in KRD. My happy place HQ is my lanai. After a whirlwind trip to Istanbul during break, I returned with my belongings and finished 'setting up shop'.

Of course the trip included several unexpected hitches. Most memorable was the bus breaking down about 30 minutes from the border late in the night...

We, a group of seven- myself being the sole female, were traveling from Suli to Diyarbakir. I was anticipating the journey through the Assyrian Empire. Watching the moving picture show as we rolled along down the winding highway, the route cut through swaths of Fertile Crescent ancient pre-history much to my delight. A keen observer, my imagination wandered.

Dusk cloaked the physical landscape, provoking my mental running storyline to run into overdrive. Memories flooded of my travels through America with Johnny and Truck. I dozed off and on as I tried my best to settle into a comfortable position for the long journey through the night to the border.

The empty palace (bus) suddenly awakened. Slowing down, we were headed down a dirt path. Oh, is this where we get hijacked? No. Now wide awake, my traveling parter and myself discuss the drivers remiss hours before when we were barreling down the highway and hitting more than a few speed bumps at full speed... Something has gone awry.

Perhaps 10 pm, we all spilled out of the bus and stared as the driver, who had already called a mechanic, who was staring at the bus. Said mechanic rocks up in an Audi moments later and gets to work. Not sure of the problem, we settled down into our new scene on the movie set. Down and out somewhere between Zakho and the Ibrahim Khalil border crossing in the dead of the night.

Stars chattering and friendly dogs waging their tails greet us along with a lone nightwatchman of the area; keeper of the street dogs. Cigarettes are passed around. When in Rome...

Soon chai follows. From out of nowhere a delivery guy shows up with a fresh pot. As the only female on this movie set, my thoughts immediately run to, 'where am I going to go to the bathroom if needed'? I politely decline the chai.

During the next few hours new acquaintances and friendly conversations ensue. Keeping a low profile I get out my Ipad and start typing away, not wanting to let this newly-forming script disappear into the recesses of my internal hard drive.

At some point, we learn that the bus will not continue on with us on our journey. Everybody assembles in the bus to collect their things. We amble down the dirt road in the direction of the highway where we will wait until another bus comes along and picks us up.

Our new chariot arrives, fully packed. Ugh. This border crossing is definitely going to be long and unpleasant. Fortunately there is a double seat where we get to sit together in the back of the bus. All eyes on us, the only yabangees (foreigners *westerners*), we settle into the journey. Sleep arrives. But not for long. Soon enough we hit the border.

Something is up. As the token yabangees, we get interrogated by both bus driver assistant as well as passengers. Could we transport the black bags of cigarettes that seems every passenger possesses? We politely decline. Moods change.

At the border such pomp an circumstance follows in a series of events. Giving passports/residency cards, getting them back, getting off the bus as it is searched, getting back on the bus, etc. This sing-song continues on for a few rounds, and we haven't even gotten to the official border procedural event.

Perhaps four hours later we are back on the bus driving on Turkish soil. Sleep. Sunrise knocking on my window, I awake to a spectacular scene. The hills are illuminated and sparkling this warm dreamy glow. There is no more sleep to be had when tasked with this situation. More pounding away on the keyboard.

the bus drops us off about 300 meters from the front door of the Diyarbakir Airport. Journey #1 ends. We get off and walk through the security area where the guards seem confused that we are walking. A taxi pulls us and asks us to get in for the remaining 200 meters... Weird. We decline.

Journey #2 goes off without a hitch. Arriving at Attaturk Airport in Istanbul, we go our separate ways. Feels good to be back. It's going to be an awesome four days. Indeed it was.

Next time I'll cover the return trip. Such highlights include a 16-hour unexpected layover in Baghdad- Airport... Ahhh Iraqi Airways, you disappoint... 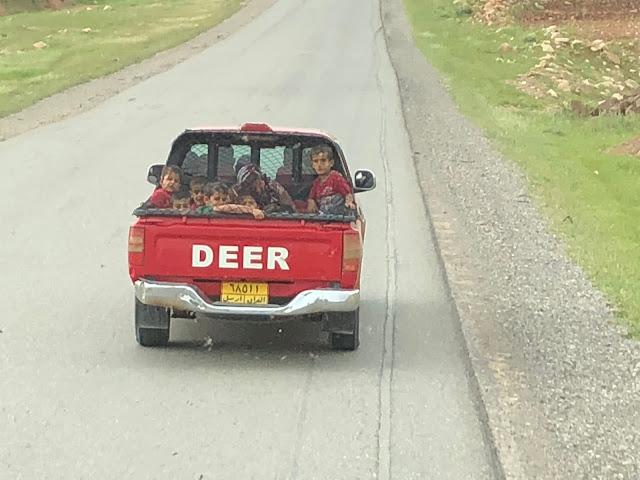 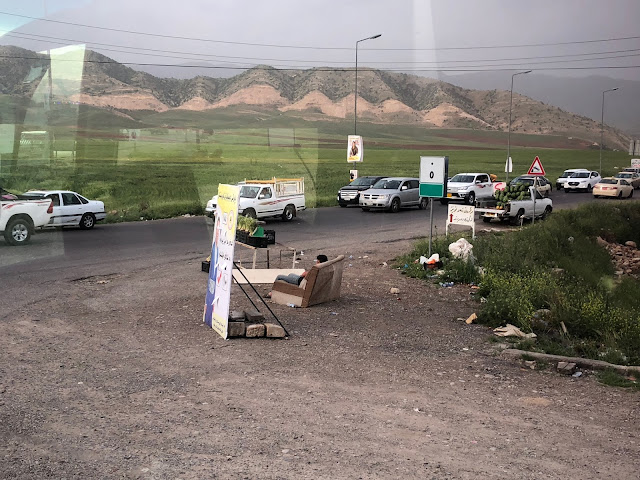 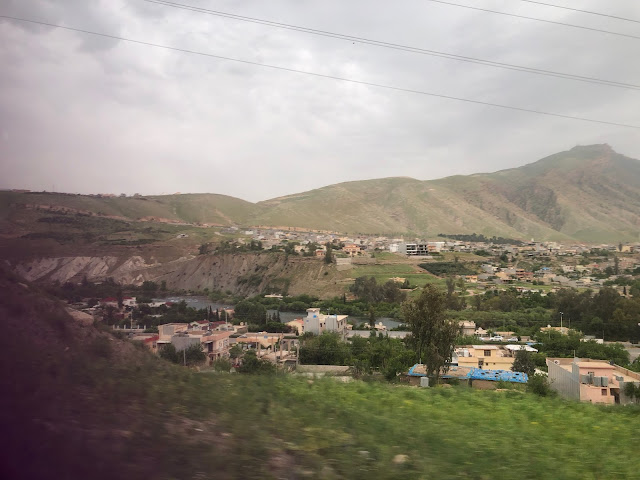 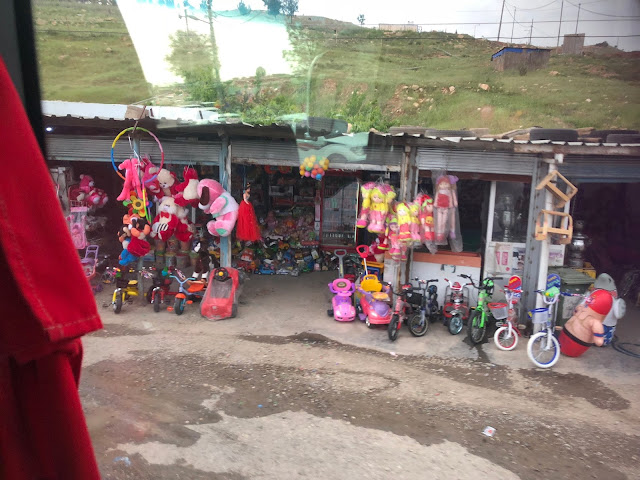 Posted by Maui Hollyday at 8:43 PM No comments: Links to this post